Peninsula Spine and Sports Rehabilitation Blog Who is to Blame for Spine Care Costs in the US ?

In recent years, prevalence and costs for spinal conditions has significantly increased in the United States despite the little change in outcomes for these individuals suffering from these conditions. It is estimated that approximately $90 billion is spent on the diagnosis and management of low back pain, and an additional $10 to $20 billion is attributed to economic losses in productivity each year.

Therefore the purpose of this study was to examine the US expenditures (costs) on common ambulatory health services for the management of back and neck conditions (spine conditions) for:

Results of the Study:

Number of visits per specialty:

Medical Care: The mean number of ambulatory visits to medical physicians for a primary diagnosis of a spine condition fluctuated between approximately 2.9 and 3.7 visits per year from 1999 to 2008.

Chiropractic Care: The mean number of visits for chiropractic care fluctuated between 7.2 and 9.3 visits per year.

Physical Therapy: There was more variability among adults utilizing Physical Therapy, the mean number of visits per year ranging between a high of 11.4 in 2002 to a low of 6.8 in 2005. 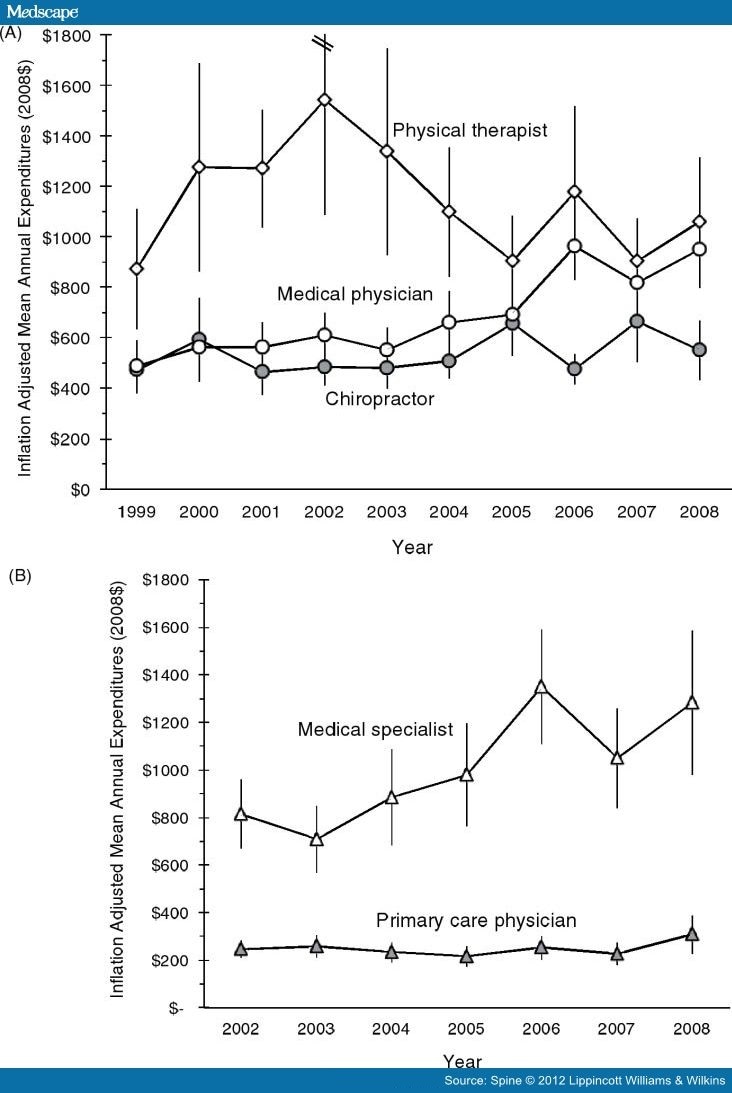 According to our estimates, the total annual expenditures on medical care for the management of spine conditions has grown significantly in recent years, whereas expenditures on chiropractic care and physical therapy have not experienced the same growth. Our study suggests that this growth in medical care is primarily due to increases in expenditures on Specialty care services (expenditures on primary care physician services were remarkably stable during the 10 years we examined).  Specialty care services include: Orthopedists / Orthopedic Surgery, Physiatry / Physical Medicine & Rehabilitation, Neurology and Neurosurgery. 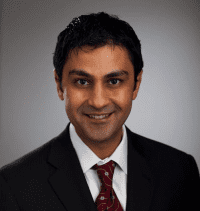